What is Team Selling and Why it Matters Post-Pandemic 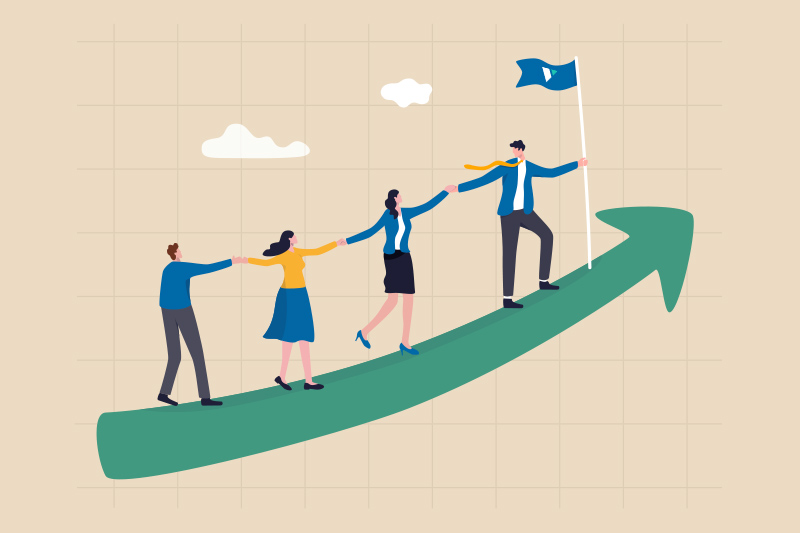 "How many more deals do you need to close?"

If you want us to help you close more deals for free for 30 days, click here.

What is Team Selling and Why it Matters Post-Pandemic

Before the pandemic, Salesforce found that most customers were demanding a team selling approach to satisfying their needs.

Fast forward to today’s post-pandemic business world, and our research shows that sales teams are starting to put the customer experience first—and team (or collaborative) selling is an integral part of that sales plan.

What better way to satisfy the rising standards of customers than by inviting more trusted advisors from other departments into the sales process, such as marketing, product development, customer service, and even the C-suite.

Get your hands on all of the data, timely insights, and applicable takeaways.

Attend the webinar where two special guests review the findings and offer advice.

What is Team Selling?

Team selling is when a salesperson invites other company stakeholders into the sales process. These stakeholders can often include personnel from marketing, manufacturing, operations, and other departments that traditionally are not customer facing.

The purpose of team selling is three fold.

First, the added team members offer unique advice that would otherwise not be delivered by the salesperson 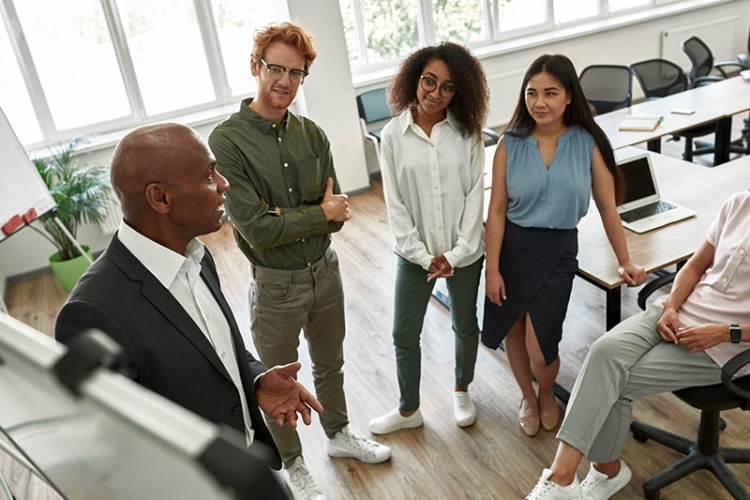 Team Selling: Why it works for field sales

When you’re out of the office three weeks out of four, having a collaborative team of personnel involve themselves in the sales process can prevent your leads from going cold.

For one, team selling helps add significant personalization to customer engagement. Inviting more stakeholders to advise customers not only makes the customer feel more prioritized, but it gives the field rep new insights and perspectives on how to personalize outreach and best close the deal.

And second, team selling can generate a powerful competitive advantage when your proposal is being compared to those of your competitors. If the majority of the competing proposals are being managed by a single sales rep, you immediately gain the upper hand no matter the difference in price or product.

Be sure to add team selling to your field sales team today! 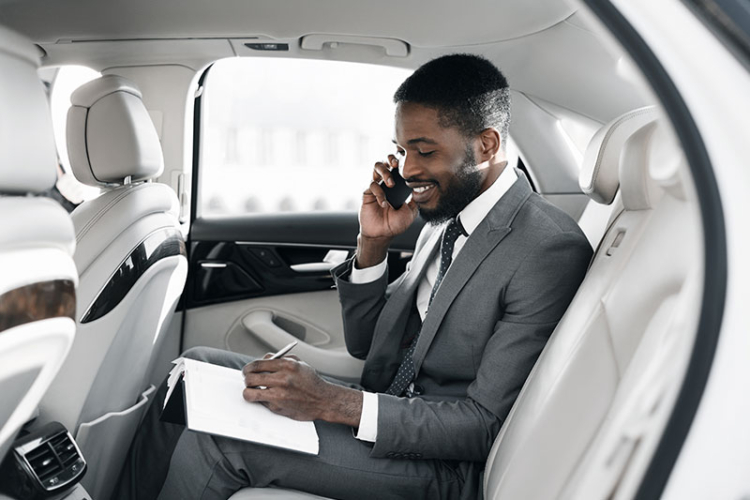 Team Selling: Why it works for inside sales

When you’re the predominant leader of cold outreach, you can use all of the help you can get to warm your calls and emails. This is especially true for account based selling, when other departments have just as much at stake in creating leads and opps as the inside sales rep.

Here are two other reasons why team selling is vital for inside sales.

Second, team selling builds stronger relationships across the company. Field sales is known for having quality, long-standing relationships with engineering, customer service, and other departments, whereas inside sales can be left on their own and often perceived as an extension of marketing. By integrating inside sales with other departments, SDRs can gain better access to the right information and be perceived as a more integral part of the company’s success. 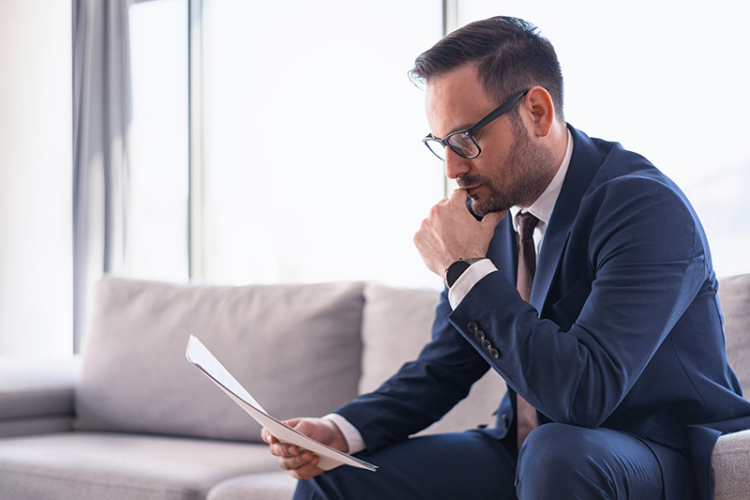 What is personal selling? Well, it’s a sales process managed from beginning to end by a single sales representative. Companies that rely on this traditional approach have far less success than companies that lead with team selling.

In addition to more revenue, sales teams that incorporate team selling have much higher morale, optimism, and overall sales productivity.

Salespeople working in team selling environments are also more optimistic. Because they’re working with a variety of other specialists on closing a deal, more creativity and problem solving is usually applied to the sales process because of the range of perspectives and skillsets.

Sales productivity is a key performance indicator for salespeople. The less roadblocks and question marks a salesperson has during the sales process, the faster the sales cycle. This is mainly due to the fact that sales reps can seamlessly share customer intelligence, KPIs, and technology with other departments, which is unheard of in personal selling. 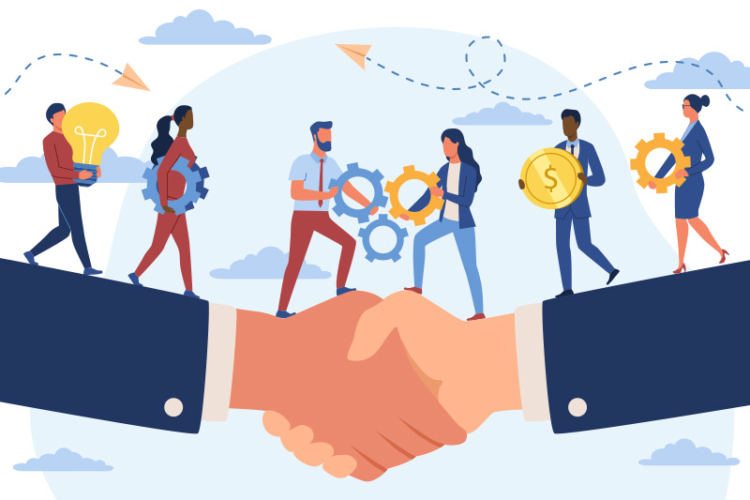 How to Implement Team Selling in Salesforce

If you’re ready to implement team selling and you already use Salesforce—you’re already ahead of the game!

Salesforce is the most powerful, yet sometimes most intimidating CRM on the planet. When a sales team is preparing to deploy a team selling program, they should start and end with the involvement of their Salesforce instance.

Lucky for you we’ve been Salesforce partners since 2015. We put together this quick and easy 3-step roadmap on implementing team selling in Salesforce.

You’ll also want to set every Salesforce user’s role. You do this by using Sales Cloud’s Account Team feature.

The Account Team feature will help each member of the team selling program know their defined responsibilities and how their performance will be measured. It will also unlock access to a wide range of sales intelligence and reporting that would otherwise be siloed and held by other departments.

If you’re worried that team selling in Salesforce will get out of hand, don’t worry! Salesforce puts limits on how many members can be on a team, keeping communications and accountability hyper-focused.

It’s far too common for tech stacks to get out of control across an enterprise. For example, Sales may use Adobe for e-signatures, but Human Resources may use DocuSign. To keep your sales process streamlined, you should review your tech stack based on each tool’s integration with Salesforce.

I’ll go a step further and recommend that every solution that is planned to be used in team selling has a five-star, long-standing presence on the Salesforce AppExchange. When your team selling program is centralized, the chances for roadblocks and slow-downs is near eliminated.

If you’re not using AppExchange apps, start here: Getting started with AppExchange

My favorite team sport is Soccer. I actually play in a league out here in Silicon Valley. There is a certain thrill you get when you participate in a big game-changing play. I assisted on a goal this past weekend, and you couldn’t wipe the smile off of my face.

Team selling is synonymous with team sports. If you want to win, you have to involve your teammates, leverage their unique strengths, and build chemistry that your competition does not have.

Would you like a demonstration on how to use team selling in Salesforce? Request a demo with our Revenue Director, Jeff Grice, today!

And if you enjoyed this read, you’d also find value with the following sales blog posts:

on G2's List of Best Sales Software Products for 2022

Show Me How It Works
No, my sales life is already easier thanks to Veloxy.